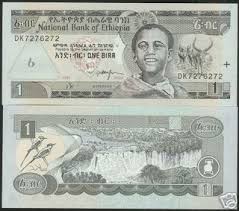 I made too many assumptions, I guess, and I am in a bit of a tight spot for it. For all of Addis Ababa’s contemporary feel and apparent wealth, it has been hard for me to access my money. When a traveler has no money, things become a bit desperate (though some would disagree), and one must exercise some cunning.

Assumption: You can exchange your Uganda Shillings in Ethiopia.

In my last hours in Uganda, I was paid for my services at Tilapia, and decided to wait until my arrival in Addis Ababa to switch them to something more useful. It was ominous that the exchange desk at Bole airport had no want of the Ugandan Shilling.

One bleary morning in Addis, I made it a mission one morning to swap out my Uganda Shillings (UGX) to the local currency. I was already planning a long walk through town, so I began to stop into any bank branch I could find and ask if it was possible to buy Ethiopia Birr with my shillings.

The answer is a resounding NO.  For hours I walked and asked, was told no, and was directed elsewhere. I found a local pal (easy in Addis) named Jonathan who led me all through the city, visiting every bank branch and every black market exchange joint he knew of, but found no success. There seems to be a sort of nation wide ignorance of Ugandan Shillings, almost an aversion.

Not a single bank teller could recite the exchange rate between UGX and ETB, but would instead offer to exchange my dollars, if I would like. The more communicative of the black market money changers, holed up in tiled malls within immense market districts, would shake their head and explain that nobody in town would make such a transaction. The less formal ones would fondle the 50,000 shilling notes I was carrying with curiosity, having never seen them before, nor knowing their worth.

“I think nobody knows this money,” Jonathan would say to me as I stood awkwardly in a market alley. “They don’t even know where Uganda is.”

Uganda Shillings are as colorful as Monopoly money and, in Ethiopia, are worth about the same.

Lesson: You cannot exchange your Uganda Shillings in Ethiopia.

Assumption: Your Visa card will work in Addis Ababa ATMs

I could not exchange my shillings in Addis, though I kept trying. Fortunately, the quantity of shillings I was carrying was not immense, and being unable to exchange them was not a terrible issue. I still needed money, of course, so I thought visiting any of the numerous ATMs carrying a Visa logo would allow my access to some cash, so I began to visit ATMs as I went around asking about my shillings.

But the first few machines I visited afforded me nothing but a sinking feeling. After going through all the motions – PIN input, entering withdraw amount, etc – I would be met each time with a kind of vague error message. Something like “unable to complete transaction- error 912” spit out on a piece of receipt paper, or “SYSTEM ERROR” in block letters across the interactive screen.

I must have tried eight Visa machines, each with more or less the same result. Jonathan would stand by patiently each time, bless him, and ask cheerfully if it had worked. I would frown and stuff my worn card back into my thin wallet, which I was worried would remain so unless a miracle happened. This money manifestation mission was going nowhere.

I couldn’t understand it. My card had worked splendidly in Uganda… I had to get to the bottom of this. One more ATM machine I decided to visit, meaning to request a balance inquiry to discern any issues with my account. Punching buttons of a machine run by Dashen Bank, I found that my money was all there, and the report came without any errors. I figured that since I was standing there, I might as well ask for some money, so I punched more buttons to that effect. Another error message, though a bit more personal, came:

“We will not ever allow you to withdraw money from any of our machines.”

What? Ouch… It might have added “YOU SWINE!” to the end of that one. I stood there reading this message in disbelief when something strange happened. The 500 Birr I asked for came out with a motorized buzz and a printed receipt.

Later, checking my online bank account, I found that the transaction was processed normally. Fair enough that the rudest ATM machine in the city is the only one that will give up the goods. Later, I spoke with a few other travelers who had similar problems with their Visa cards, though maybe without such persistent rejection.

Lesson: Your Visa card may not be accepted by Addis Ababa ATMs

My money day was much less productive than I had wished, though I must have walked twenty kilometers, being shown all sorts of interesting sights by my new pal Jonathan. With the money the machine surrendered, I bought him lunch for his four hour commitment, and gave him a little extra.

I met another traveler who would later be heading to Uganda, and offered my shillings at a sale price. I even threw in my old Uganda SIM card to sweeten the deal. Anything to get rid of this junkmoney.